You wouldn’t want to be a rhino in South Africa 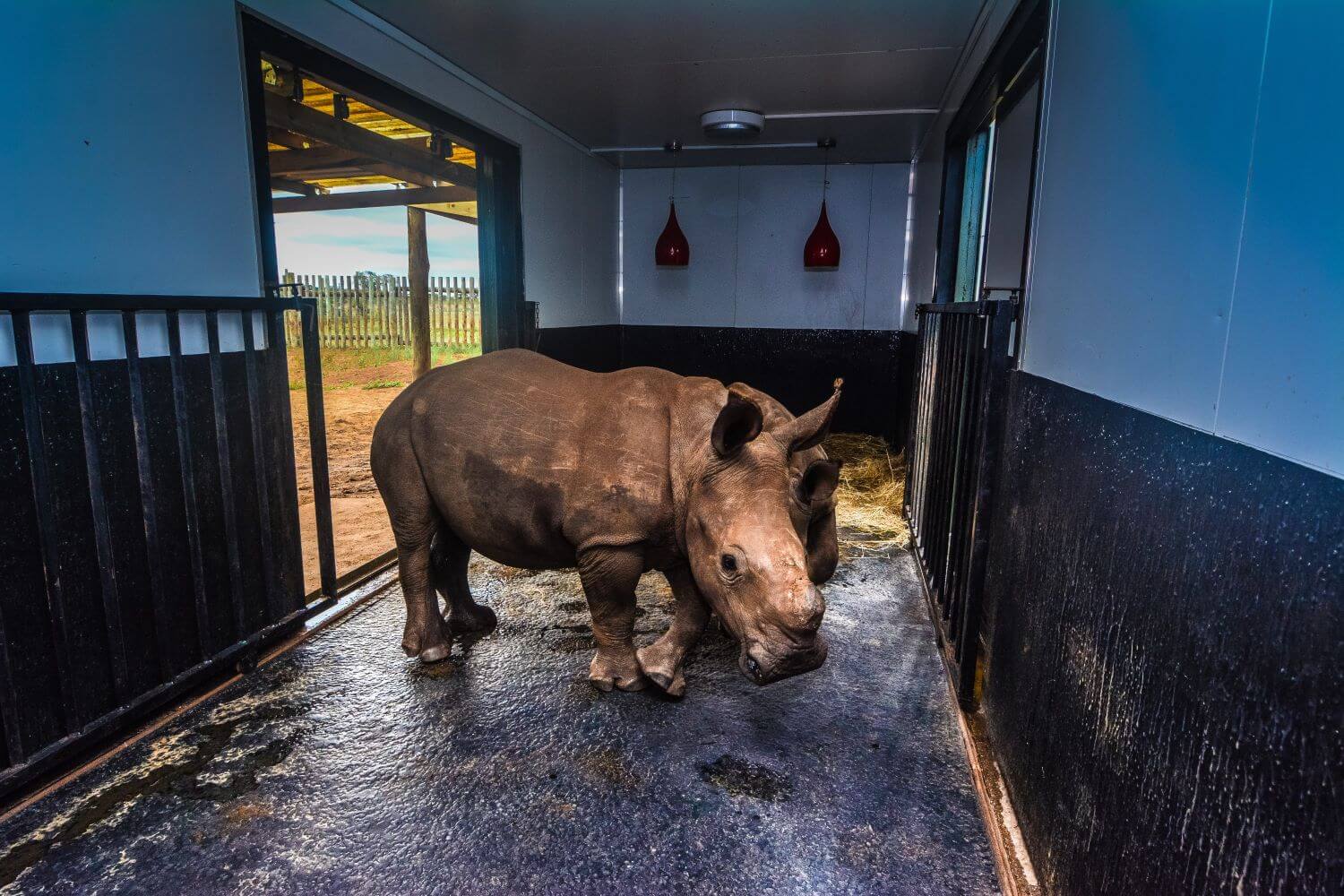 Heart-rending and horrifying are just some of the phrases that come to mind when we consider the threat to rhinos in our country. At the rate rhinos are currently being killed, they will be completely extinct in the wild by 2025. All for the misguided belief that rhino horn has medicinal properties and, possibly even more shocking, so that wealthy people in countries like Vietnam can use it as a status symbol. It is for this reason that places such as the Zululand Rhino Orphanage exist.

The orphanage was borne out of a devastating situation when a regional rhino orphanage was attacked by poachers in 2017 and two rhino calves killed for their horns. Fear of a continued threat resulted in the orphanage closing their doors. The Zululand Conservation Trust then got involved as the remaining rhino calves still needed care and safe shelter.

The most important factor was, of course, timing. These orphans needed to be moved and they needed to be moved quickly. Zululand Conservation Trust sent an appeal to Container Conversions for help, explaining that the Trust had a massive time limitation to build a rhino orphanage in just two weeks.

Container Conversions did not hesitate to assist and the planning and design of the first 12 metre container was immediately underway.

The 12m container was split in half, into a kitchen and a sleeping area. The kitchen was fitted with counter space, a sink, a large washing up area for bottles and jugs, a small window into the other side, as well as a gate and door so carers could keep an eye on the animals as they were prepping milk, and feed them through the kitchen gate if needed. The sleeping side was rubberised on the floor and halfway up the wall for easy cleaning. They also included two heat lamps on either side of the room that imitate the warmth of another rhino – something young rhino that have just lost their mother badly need.

That first night, the three orphans slept snuggled together under the heat lamp, warm and safe once again.

Other adaptations needed for these container shelters were two large openings in the sleeping area, with both strong sliding gates and heavy-duty sliding doors fitted. Trailers transporting the orphaned animals need to be able to reverse into the sleeping area, while the gates serve to provide air flow.

Of course, shelter alone isn’t enough for these young traumatised rhinos. Humans are the ones that caused their situation and the young rhino are well aware of this. When they arrive, they often have nightmares throughout the night, are frightened and calling for their moms. It’s important to get them to trust humans as quickly as possible in order to be able to bottle feed them. So, the carers will sleep with or close to them, while also constantly talking, singing and reading to them.

They also need companionship and, while the orphanage does their best to bond rhinos with rhinos, it’s sometimes just not possible. Watch Charlie, the hippo, and Mkhosi, the rhino here and Imbuzi, the goat, and Khula, the rhino, here for some odd pairs that worked out well.

Right now, the orphanage is caring for five rhino and two hippo orphans. The goal is to release the rhino back into the wild when they are between 3½ and 4 years old. This is the time when the young rhinos no longer rely on ‘mother’s’ milk but are still young enough not to pose a threat to older rhino. If introduced to a rhino group, they are unlikely to be chased away and will be able to assimilate into the group fairly easily.

Mkhosi, one of the original rhinos to live in the converted container, is now old enough to be released into the wild. This is planned for October this year. She’ll be released into the Somkhanda Game Reserve, together with her friend Mpilo. But it’s not just a case of releasing the young rhinos and leaving them to their own devices – they need feed initially, as well as monitoring. If you’re reading this and would like to contribute towards this project, please follow this link.

Container Conversions is proud to be associated with the Zululand Rhino Orphanage. We’re glad that our containers can be designed for use as rhino orphan shelters and that we’ve contributed in a small way to helping these young rhinos grow up safely.

Watch this video to find out more about the Zululand Rhino Orphanage, how it started and the daily routine:

A tribute to a true comrade and beloved colleague